The 10 most underrated games of the last decade 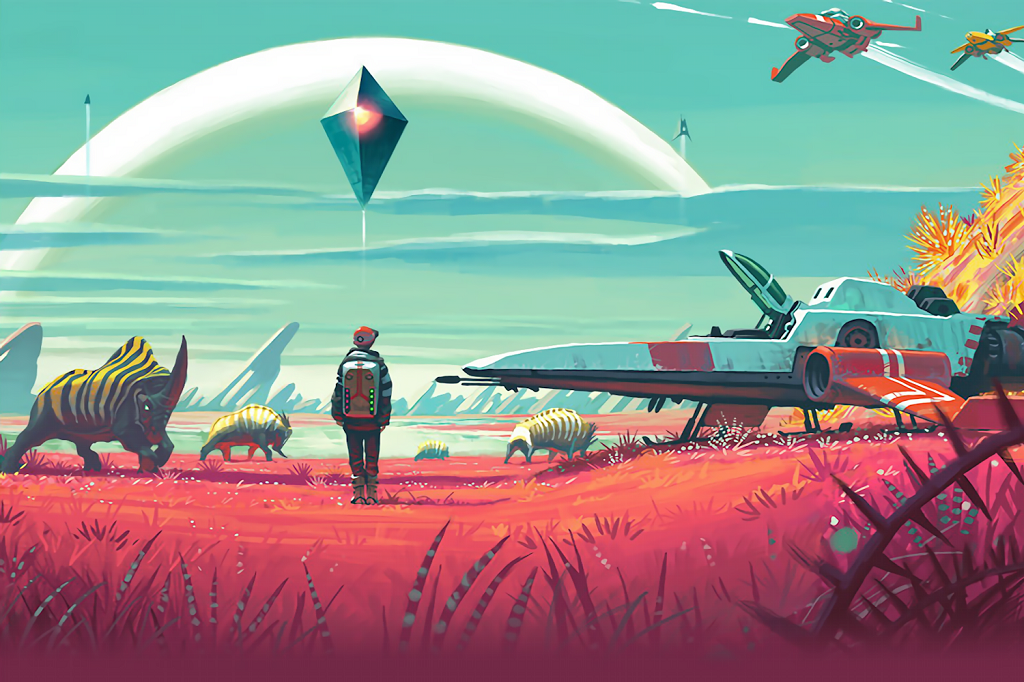 22 Aug The 10 most underrated games of the last decade

Posted at 14:27h in Blogging by Jamie Herrera 0 Comments
0 Likes

The last decade has been very productive in the world of video games. We have already compiled the best titles of the last ten years, from greatest hits to indies that left their mark on our hearts, but what about the ones that went unnoticed?

From critically adored, which you won’t find in any casual gamer’s collection, to unfairly marked blockbusters upon release, here is our pick of the most underrated games of the last decade.

Concrete soccer fields. Futsal between favelas. Funny cartoons of the best footballers (we see you, Peter Crouch, who looks like Dhalsim from Street Fighter every time you go to play a volley) – he’s a world away from everything the FIFA series had to offer up to the date. Especially when it comes to the gameplay.

The smartest feature of the game was the accuracy of the shots, which increased as more skills and tricks were performed. And let’s face it, it’s not that FIFA players have never been averse to a bit of bragging, right?

A scorching, desolate battlefield where scavengers roam a post-apocalyptic world and survival means getting your hands dirty. No, we’re not talking about the Black Friday sales, but Mad Max (2015), which brought the cinematic wastelands of George Miller to consoles in a magnificent way.

Then came the plethora of decaffeinated reviews, many of them pointing to a weak plot and the lack of strong female characters that had been present in the film. The truth is that it is fair, but what really went unnoticed by the critics was the excellent gameplay of the game, in particular its combat sequences in vehicles, which are not only unlike anything you’ve seen since Carmageddon, but at full speed, they left your thumbs sore for a week.

This mostly 2D side-scrolling spy game based on the Cold War was created for one of the best stealth experiences of the last decade; It is as if Saul Bass (renowned American graphic designer) had created the images for Metal Gear Solid.

In CounterSpy, you play the role of a super spy (neither American nor Russian) who works for an agency that tries to sabotage the nuclear plans of both superpowers to save the world. Touring labs, bunkers, and other top-secret facilities full of baddies, it’s so elegantly immersive you’ll think you’ve hit your head against the ink panels of a graphic novel.

While it’s true that the stealth mechanics get a bit clunky at times, the shots, offering a new point of view, give the game an extra dimension, helping to mark it as one of the most original games of the decade. A classic from the cold war.

Hellblade, a haunting combat game with an unwavering outlook on mental health, was well-received, but it may be a bit exhausting due to the elements it touches, which is the only reason people haven’t been talking about it. During the last years.

Pitting humans against God, you play Senua, an 8th-century warrior who seeks to save the soul of her former lover, Dillion, from the goddess Hela, whom you can naturally only get to after dispatching some of her first. beasts of the underworld.

However, Senua uses the severed head of her recently deceased lover as a vessel for her soul and experiences hallucinations and other mental afflictions in what is an absorbing, radical, and genre cornerstone in gaming history.

Indeed, it is not easy to play, but you owe it to yourself to be able to start with one of the most challenging games of recent years because there is nothing worth making that easy.

One of the few games of this generation that truly makes you feel like a real detective, Return of the Obra Dinn takes you onto the deck of the abandoned Obra Dinn as an insurance detective asks you to find out exactly what happened to the crew of the boat with nothing but a magic pocket watch and a giant book. Ideal for a console like the Nintendo Switch, it is a puzzle game that you can take anywhere and lose yourself in it.

With a host of awards since its launch, the real mystery is how it has managed to elude public acclaim. Available for PC, Switch, Xbox One, and PS4, we kindly ask you to look it up before you forget it.

Helldivers takes all the magic and chaos of a tense co-op game and mixes it with the alien movie Starship Trooper. Helldivers fall from the sky in a swarm of different critters – hence the title – and have to fight to get missions with a wide variety of weapons.

The fun comes from the wide variety of objects you can send from the skies and the way the speed of the game can change as situations turn against you. It is worth playing, but try to play with friends.

The reputation of the well-known heroine and adventurer Lara Croft possibly prevailed with Rising of the Tomb Raider. However, although it had a refined animation technique, greater areas of exploration, and a new script by the writer Rhianna Pratchett, it did not have the approval of its fans.

It seems that the biggest complaint from critics was that the game had not gone far enough since Tomb Raider (2013), the reboot of the series. This may be true for the story (finding a lost city that may hold the key to immortality, navigating dangerous terrain, fending off a deadly cult: the Croft manual), but the gameplay is top-notch thanks to a section impact graphic, with very interesting puzzles and with a great variety of levels worthy of the famous Tomb Raider series.

It may seem like an odd choice, considering the game was a critical favorite at the time of its release, but this indie has flown under our radar for far too long.

When horror writer HP Lovecraft is possessed, he steals one of Nikola Tesla’s inventions, opening an interdimensional wormhole to bring about the end of the world. Playing as Tesla, and armed with a teleportal and a variety of weaponry, which changes as the game progresses, you must thwart the invasion.

The developers at 10Tons created a game that is as fast and frantic as it sounds. As you race through cities and fields, wiping out hordes of aliens in pools of purple-pink goo reminiscent of Lovecraft’s 1927 short story The Color Out of Space, among others, you just don’t want it to end.

No Man’s Sky is much, much better than you probably remember. Widely regarded as one of the most ambitious video games of the last decade, Hello Games’ attempt to put an infinite galaxy on consoles fell short of expectations.

Despite all the praise for the daring graphics and stunning art, there were major gameplay issues, insufficient features, and a flawed multiplayer mode. Fortunately, the game has had numerous updates since then to rectify these shortcomings, gradually propelling the game to the dizzying heights it was initially expected to reach.

No Man’s Sky is all about exploration, survival, combat, and trade. Although the true underlying beauty of the game is that there is no one way to explore its universe. Put on your headphones, kick back, and build your own personal Matt Damon utopia in The Martian (Mars); or travel to the new territory at the risk of losing everything. The choice is yours.

But beware: danger lurks in every corner of this universe. There has been no update preventing you from making dumb decisions.

The general opinion surrounding Star Wars Battlefront 2 may have drifted to the dark side since the drama surrounding the loot boxes is in online mode, but the game has always received its fair share of criticism.

You simply have to choose the full campaign mode, where you will find yourself in the middle of some of the most iconic places and moments in the franchise’s history – the level of detail is exceptional as you will make your way through the galaxy, allowing you to live the dreams of your inner nerd. What more do you want, Forested Moon on a stick?

Let’s not forget the multiplayer mode. Seriously, where else can you see dozens of strangers dressed in Jedi and Sith robes at the same time searching for their weapons inside a huge hangar? Ah yes, Comic-Con. Still, the online battle modes are extremely fun.

So, with Rising of the Skywalker ending the film franchise, there has never been a better time to re-familiarize yourself with the game.

You may also like to read, Tips and tricks of archery for beginners