Bloodstained where to go after double jump: 10 curiosities 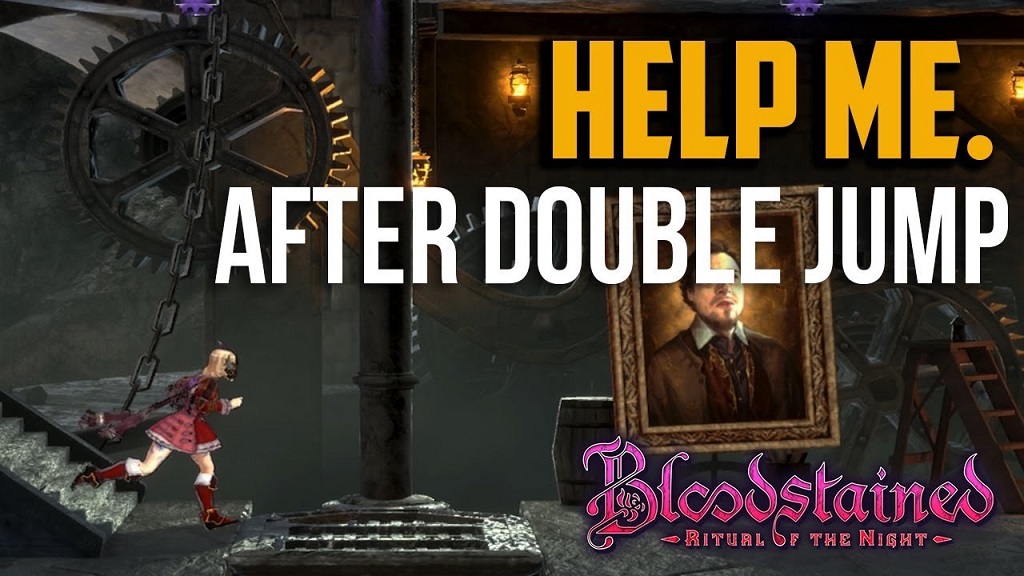 17 Jun Bloodstained where to go after double jump: 10 curiosities

Posted at 14:51h in Blogging by Jamie Herrera 0 Comments
0 Likes

Koji Igarashi’s long-awaited game has been well received by critics and fans. Recall that Bloodstained: Ritual of the Night was funded through a Kickstarter campaign and is the spiritual successor to the incredible Castlevania Symphony of the Night.

Bloodstained where to go after the double jump

We have finally put our hands on it and it has been an extremely pleasant experience. That is why we have decided to bring you some of the most interesting curiosities about this game including Bloodstained where to go after a double jump.

You will have the possibility to find and equip a stone mask for your character. However, the similarity of this mask with the one that appears in Jojo’s Bizarre Adventure is curious. The only difference is that it does not transform Miriam into a vampire.

We are confident that many followers of Igarashi and Symphony of the Night had the same reaction we hear the theme of the Lost Garden in Bloodstained and immediately identify with the Marble Gallery of SotN.

This character saves more than one reference. The first, the most important and obvious, is that we are in the presence of Alucard, the most famous vampire in the entire Castlevania franchise. OD also shares his middle name with Alucard’s: Fahrenheit. OD’s full name is Orlok Fahrenheit Dracule and Alucard is Adrian Fahrenheit Tepes.

In addition to this, his voice actor is the same one who brought Dracula’s son to life in Symphony of the Night, both in English and Japanese: Robert Belgrade and Ryotaro Okiayu. Finally, we also have the reference to DIO, the character of DIO Brando in Jojo’s Bizarre Adventure.

Clearly no longer a coincidence, Igarashi and his team are fans of Jojo’s Bizarre Adventure. In this case, we have the pose of the Men of the Pillar executed by Miriam to perfection.

At a specific point in the game, you will find a special armor that you can equip. Ironically the name of this armor is Ex Shovel Armor and it is not a mistake. Its purpose, once you have equipped it, will be to transform you into the iconic Shovel Knight. Its playability is quite uncomfortable, but at least it is interesting to try it and see this small but evident wink.

As part of the IGA’s BackPack DLC, you will be able to face IGA as Dracula. Not only is this one of the toughest fights in the game, but you’ll also be able to enjoy a couple of nods to Castlevania Symphony of the Night, during the memorable conversation with Ritcher Belmont, when Dracula drops his goblet on the ground and begins his speech. (“What is a man? A miserable little pile of secrets …”.)

7. Backers and their pictures

It does not make much progress in Bloodstained: Ritual of the Night to realize that throughout the castle, we will find pictures of people. Some attack us and others are part of the decoration. These people exist and were really generous backers during the Kickstarter funding drive.

The team allowed them to decide how they wanted to appear, with what clothes, and with the gesture, they liked the most. We can even see that there is a picture of a cat. This cat is the mascot of one of these sponsors, who decided not to appear in the game. Although some do not fit the environment very well, others seem like perfectly removable characters from any vampire franchise.

8. The driver of the float

This character, which you can find near the beginning of the game, is a direct reference to the man in the boat in Castlevania 2: Simon’s Quest. Its purpose is to transport you from one small point to another, which you do not have access to at the beginning due to lack of double jump or the Invert.

9. The appearance of Kunekune

When boarding the train, there is a specific part where you can achieve the appearance of an enemy called Kunekune. This character appears unexpectedly and it is very likely that more than one has been surprised. Apparently, Kunekune is a known character in the world of “creepypasta,” and that resembles the Slenderman.

10. An Adventure with Koji Igarashi

The last available echelon to support the project on Kickstarter cost $ 10,000 and was limited to five people. What the person who paid this amount of money received, in addition to all the accessories, autographed map, special box, and other items related to the game and its production, would also have the possibility to travel to Japan, meet IGA, eat with him and live a special day with the creator and mastermind of this incredible game. However, the person had to take care of their travel and lodging expenses.

You may also like to read, The best Android games of 2021.